For all you french-speaking developers out there, there’s a great new book available from Christophe Porteneuve, which basically walks you through all things Web 2.0, including huge chapters on Prototype and script.aculo.us.

The book, Bien développer pour le Web 2.0 is available right now, and really holds tons of stuff on the libraries we love, including not only describing the raw functionality, but also how to understand Prototypish code and write it yourself.

Over the last months, Christophe has been very active in the Prototype/script.aculo.us community with tirelessly helping out on the Rails-Spinoffs Google Group, and submitting patches for Prototype.

Firebug, the DOM messin’ around and JavaScript debugging tool everyone loves, is nearing it’s 1.0 release.

New and improved features include:

It’s currently in closed beta, but will hopefully arrive soon.

Two thumbs up for Mr. Hewitt and easing the pain the web development can be. Maybe it can be fun after all…? 🙂

Jason Harwig provides for some fun for the weekend. Cheers!

I’ve just pushed script.aculo.us 1.6.5 for your download pleasure. It’s a maintenance release that adds a few tweaks here and there—read on!

This should be the last release before Ruby on Rails 1.2 comes out—the next thing will be script.aculo.us 1.7! Lots of good and cool patches are waiting for their addition, and should make it into the 1.7 release.

As always, kudos to the community for supplying patches, bug reports and tests—keep it coming!

mir.aculo.us now runs on the coolest blogging software ever. Expect a few rough edges here and there, but basically mir.aculo.us continues business as usual.

Kudos to technoweenie for the hard work on this beautiful piece of railsy goodness.

P.S. I didn’t migrate the comments as they where totally spam-ridden. Mephisto has spam protection built-in, so (hopefully) spam will be less of a problem.

P.P.S. The offical Mephisto 0.7 release was announced just moments ago, rock on!

Get on board already!

As promised, here are the slides on unit testing JavaScript from my talk at RailsConf Europe:

I also hear that audio (and video?) might be forthcoming, but I can’t promise anything on that. Anyway, as soon as I get some rest, I’ll also post some photos from the conference. 🙂

Off to RailsConf Europe

Tomorrow we’ll make a short trip over to London for RailsConf Europe where I’ll be talking about Adventures in JavaScript Testing. 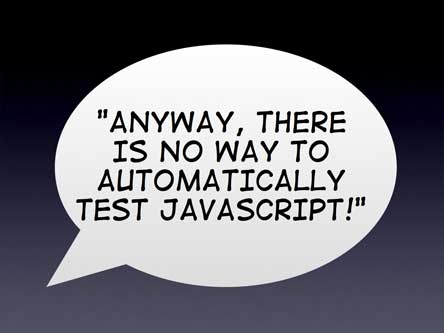 I assure you, there is. Drop by my talk if you want to know more. I’ll also post the talk here on mir.aculo.us after the conference, of course.

Hope to see some of my humble readers at the conference!

script.aculo.us 1.6.4, which marks the inclusion of the new release candidate of Prototype 1.5, is out now.

(For those of you missing the 1.6.3 version: that version was out yesterday but had a issue with IE that is now fixed in 1.6.4)

This release comes with the brand-new Prototype V1.5.0_rc1 version, adds several new features and options to drag and drop, features a whole new (experimental) way of doing testing, and adds some other goodies here and there. Also, thanks to the contributors for identifying and squishing bugs!

As always, the required 1.5.0_rc1 version of Prototype is included with the download.

Big thanks to the contributors!

Justin Palmer on the recent updates to the Prototype trunk.