Webfonts are the new hotness, and icon fonts even more so. There’s plenty to choose from, and Google just released an icon font that’s based on the new Android L. Icon nirvana reached?

Not really. Icon fonts have a few nasty problems that icon font makers rarely make you aware of. Here’s a few of these problems:

If you serve icons from a service, that services might randomly go down. I’ve seen this over and over again with big and small websites.

You can’t easily edit icons, and it’s hard to see what’s been updated in source code control. Webfont files are for the most part binary and changing one icon normally means the whole resulting font file is different.

There’s blurry rendering on certain browsers. Some CSS properties have to be abused (like -webkit-font-smoothing: antialiased;) to make the icons look good. This doesn’t work in some browsers and in some browser versions.

Most importantly, when icons are in the same CSS block, or when centered in an odd-width container, you get off by half-a-pixel blurryness, which can’t be corrected. This happens on all browsers, even on the latest and greatest Firefox, Chrome and Safari (even though Safari is doing better than IE, Firefox and Chrome, I’ve seen it happen on Safari as well).

Here’s some screenshots from GitHub on IE 10, showing this issue (it also happens with other browsers, like Chrome): 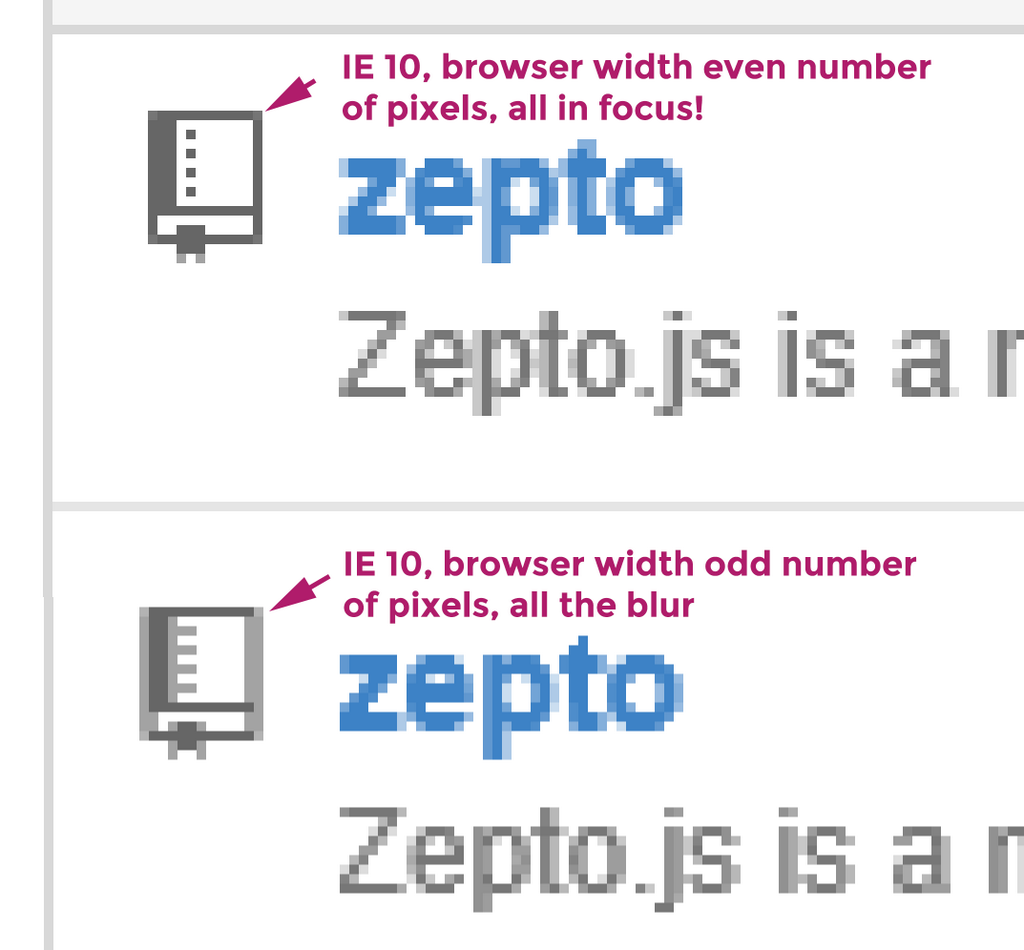 In Freckle Time Tracking we had a clever setup with SVG source files (on a precise 16×16 grid) and using fontcustom to compile fonts and doing some post-processing of the generated CSS with sed (most to remove unwanted font variants, as you only need woff in recent-ish browsers).

We also required to add some special headers when serving these font files so that our CDN (Amazon CloudFront) would correctly serve them.

All of this worked, but… blurryness alarm!

Back to square one

Let’s take a step back and ask—what do you need from an icon? Why do icon fonts appear to be a good solution? And how can the problems be fixed?

Inline SVG to the rescue…

Boom—problem solved. This works great on all browsers, and you don’t get any of the rendering issues that you have with icon fonts.

The only downside is perhaps that your HTML will be slightly larger than it would be with an icon font, which might result in slighter longer loading and rendering times. This is offset by not having to load an icon font in the first place, however, and in my tests has not been a problem at all. A possible way to reduce the HTML size is to set data-icon attributes on elements and have JavaScript insert the inline SVG (I’d say you’re probably better off with directly rendering tho, as running JavaScript isn’t “free” either).